In this video I’m going to talk about some of the key nuggets from David Goggins book, Can’t Hurt Me. These are takeaways from the book that really resonated with me, and I feel may help you as well to win the mental game. Stay tuned.

Get Can’t Hurt Me on Amazon.com: https://amzn.to/31jInPW

Get your Social Media Checklist: https://saranguyenonline.com/special/social-media-checklist/

Hi, I’m Sara Nguyen, and on this channel, I help awesome entrepreneurs like yourself with tech, social media and a little bit of motivation sometimes. If you’re new to this channel, consider subscribing for all of the latest and greatest.

When I first heard about David Goggins, I was listening to the audiobook, Living with a Navy SEAL by Jesse Itzler. If you haven’t read that book, I highly recommend it. Jesse is a fantastic storyteller, and he writes about his month living with a navy seal, and the extreme training regime that he goes through, that navy seal turns out to be David Goggins.

David is a pretty impressive person. He’s the only member of the US armed forces to complete training as a navy seal, army ranger and air force tactical air controller. Can’t Hurt Me is David’s latest book, and it’s an intense story about his life. It’s one of the most honest, powerful and impactful stories of hardship, redemption and personal perseverance I’ve ever read.

He grew up with a really abusive father, and in addition to that, there were a series of tragic and really unfortunate events, one after the other. I feel it’s beyond fair to say that he had a very tough life growing up.

Some of the chapters were disturbing and really tough to listen to — a lot of violence, prejudice, and outright chaos in David’s upbringing. However, despite his struggle, he is also a former Guinness World Record holder for completing 4,030 push-ups in under 24 hours and is one of the world’s top endurance athletes having completed more than 60 ultra marathons, triathlons and ultra triathlons.

Take away #1: Unwavering faith and extraordinary effort will help you achieve your goals.

In Can’t Hurt Me, we learn about how David was at a low in his life when he decided he wanted to become a navy seal. He was overweight, weighing in at 300 pounds at the time. And in order to qualify, he had to lose 106 pounds in under three months.

Everyone, his family, his doctors, his friends all told him it couldn’t be done, but he decided he was going to do it anyway. He went to work like a mad person and exercise relentlessly for hours every single day. And he lost the weight in time.

He believed he could do it and he put in the work and the effort, and he did. I’ve been in business for a while now, and I remember vividly at the beginning, my friends and family told me that I shouldn’t take the risk.

Everyone was constantly reciting the very morbid statistic that 80% over 80% of businesses fail within the first five years, but when you’re in business for yourself, you need to have the mindset that this is going to work out.

I’m going to figure it out. I’m going to have unwavering faith and then the self-discipline to do the work.

Takeaway #2: To succeed in life, you need to become the master of your mind.

The mind, David Goggins’ mind, yours, mine, everyone’s mind will always choose the path of comfort and least resistance.

Our mind will put things in front of us to prevent us from doing things. It will put our fears, doubts, problems, and all of the insecurities it can find.

It’s the mind’s way of protecting us, but in order to push past ourselves and achieve the great things we’re destined to, we have to master our minds and reprogram it, so it no longer has the tactical advantage over us, and we can do this by persevering over ourselves.

We beat the voice in our head that’s trying to protect us and make it realize that we’re capable of more.

For David Goggins, this helped him to break the Guinness World Record for the most pull-ups, which was 4,030 by the way, as well as a whole suite of other endurance accomplishments.

And for myself and many business owners that I know, it’s about fighting that voice that says you can’t, or you shouldn’t put yourself out there.

Whether that’s by being on camera or live streaming or investing in ads to increase your audience and grow. All of the things that you know you have to do, but you’re afraid to. It’s about fighting the excuses and the fear and not letting your mind put a limit on what you’re capable of.

Takeaway #3 We all have greatness.

David Goggins talks about how greatness is the version of you that you’ve dreamt of in your mind, and we can all have this and become this.

You have to start by creating a vision of who you want to be and then dig deep and find the courage, the dedication, and the sacrifice to work towards being this person and that’s what will get you to greatness and set you apart.

One of the powerful messages in Can’t Hurt Me was that it doesn’t matter what race, gender, or what your upbringing was.

David Goggins upbringing was filled with lots of pain, abuse, poverty, racism, and struggle. I loved hearing David talk about how he really didn’t have any special gifts.

He wasn’t born with genes that helped him run faster or be stronger.

In fact, he actually had lots of health conditions, including asthma, a heart condition, as well as being obese at one point in his life. These were all roadblocks that he didn’t let get in the way of becoming the greatest person that he could be.

He used his struggle as fuel instead of an excuse to achieve all the goals he’s had for himself; we all have greatness.

If you found this video useful, give me a thumbs up and don’t forget to subscribe to my channel, and if you’re looking to step into your greatness and grow your business, check out my Social Media Checklist.

I outlined all of the things you need to do to get up and running on social media so you can start leveraging the power of social to make more sales with ease. To get your hands on it, simply click on the link in the description box below and thanks for watching. 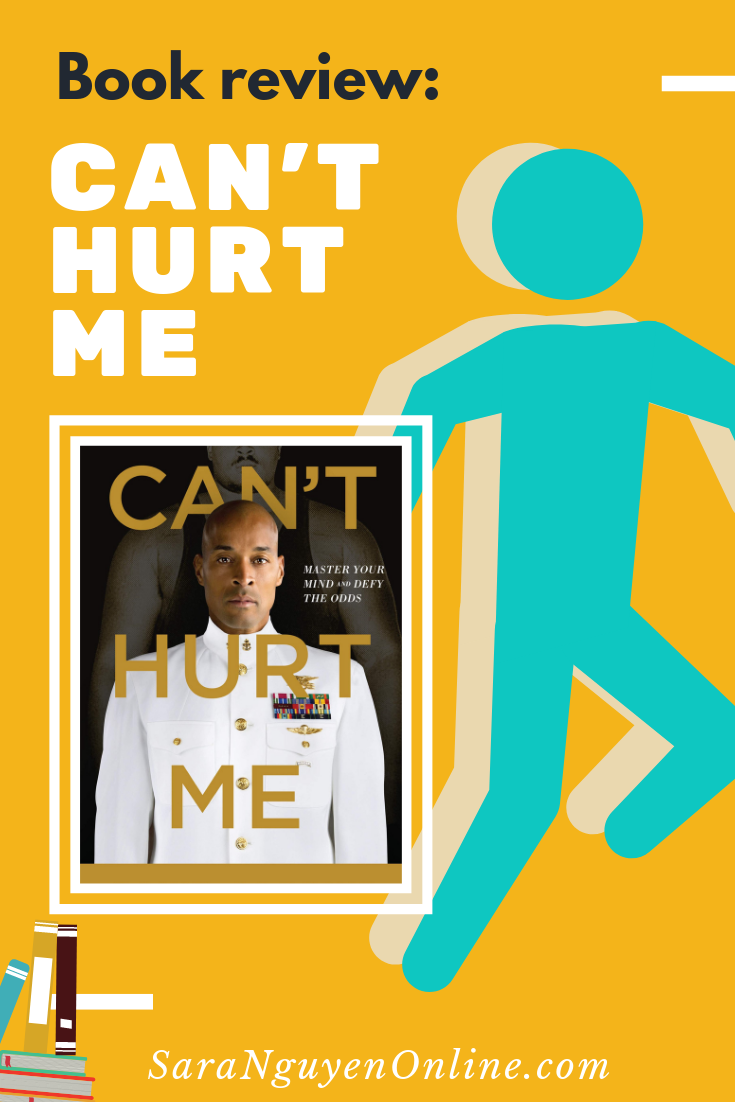 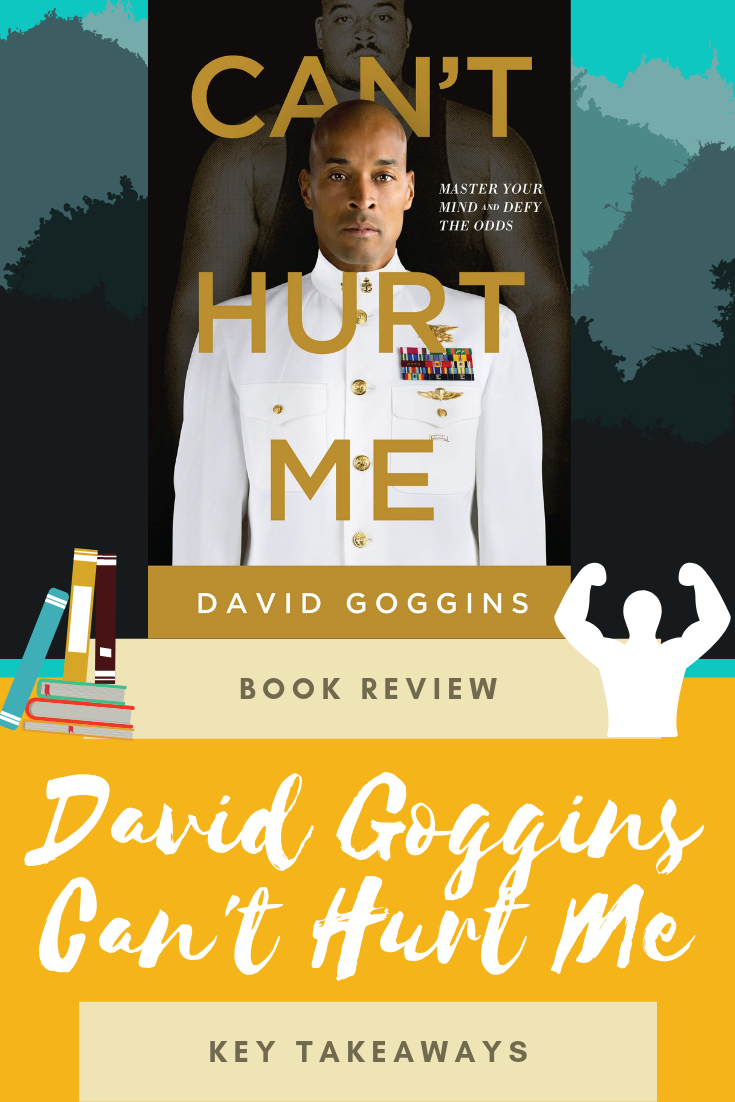 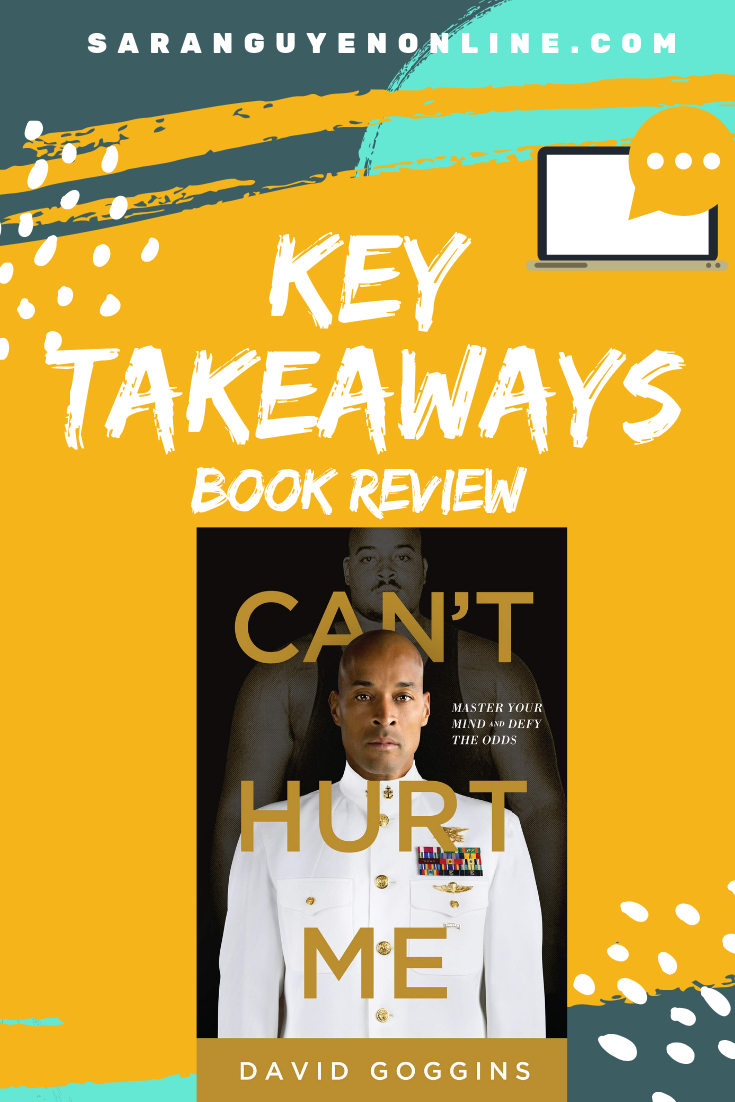 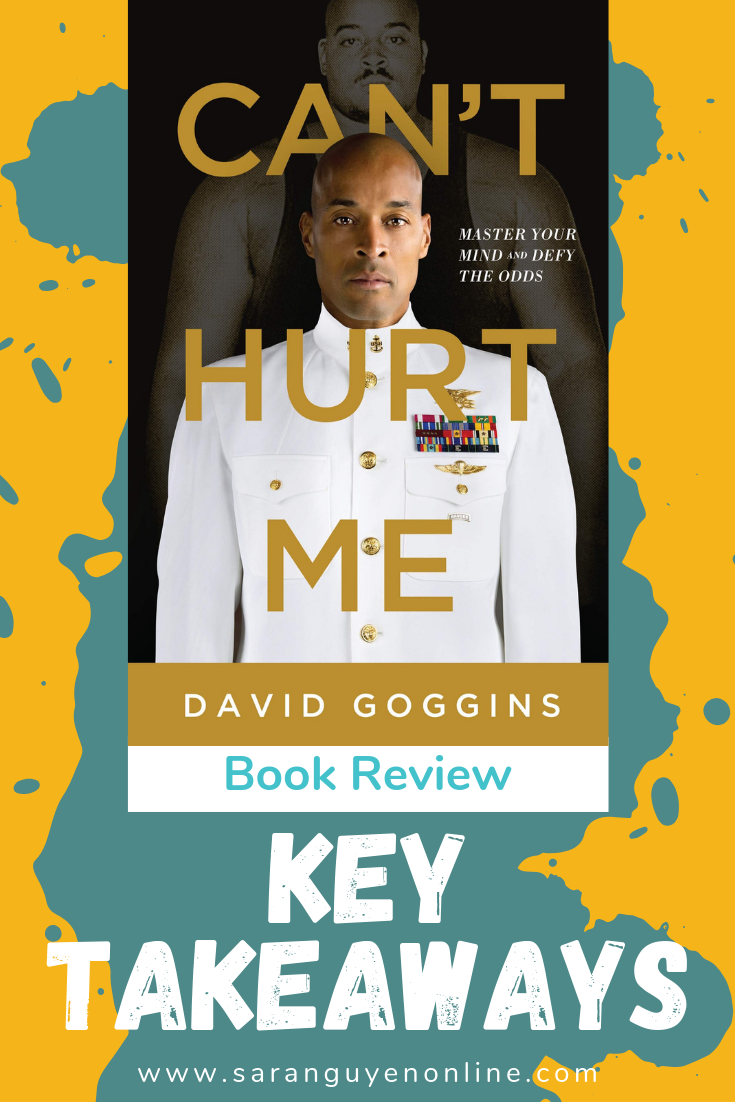 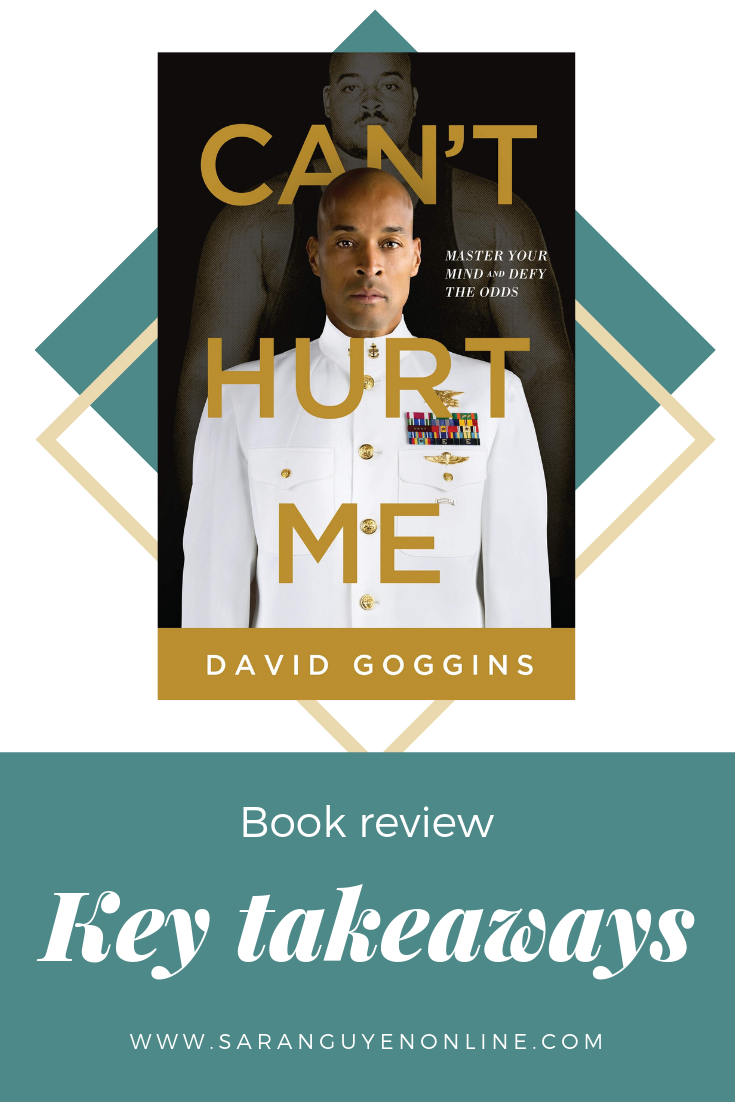 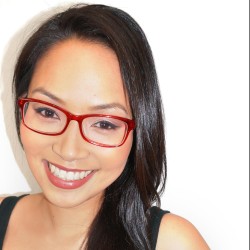 I'm a coffee and donut lover who is obsessed about tech and social media marketing.

I also livestream about livestreaming to help you grow your business using video.

Read more about me here. 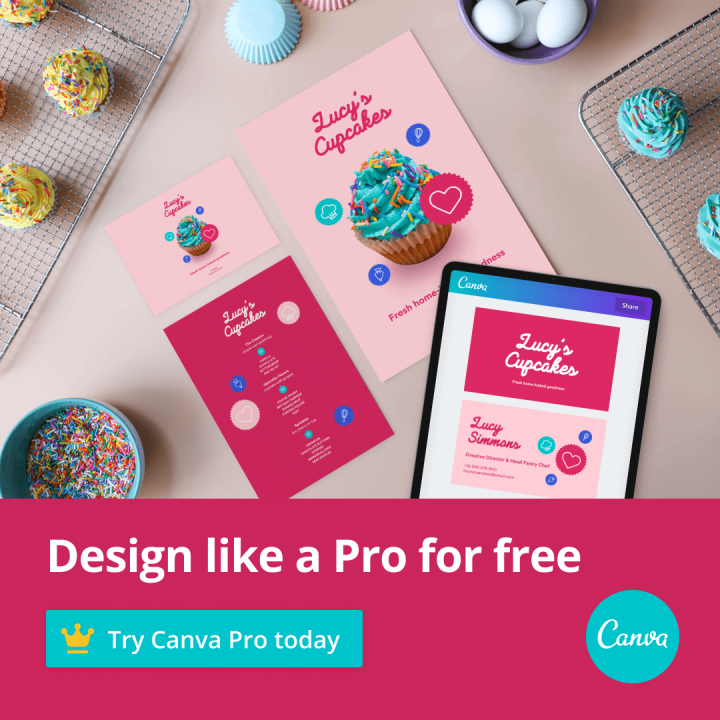 Step-by-step guide to get you up and streaming with Facebook Live with ease.
Enter your name and email below to get your copy.